The Centennial Hall of School of Law 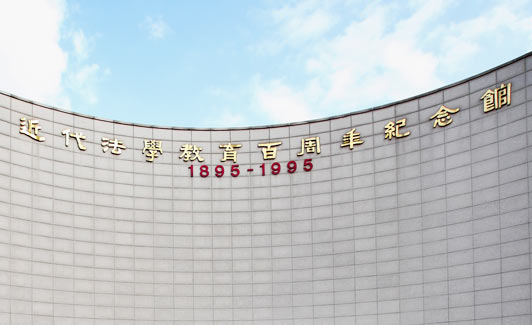 The Centennial Building was constructed for the period of September 1994 through December of 1996. It is a three-story stone building and occupies 2,131 square meters. The building consists of a circular stair-shaped lecture hall accommodating 270 seats, a mid-sized lecture hall with 100 seats, a digital library, an Alumni Memorial Hall, a reading room and various high-tech facilities provided under the patronage of Samsung. Numerous academic events and lectures utilizing electronic facilities are held in the Centennial Building.